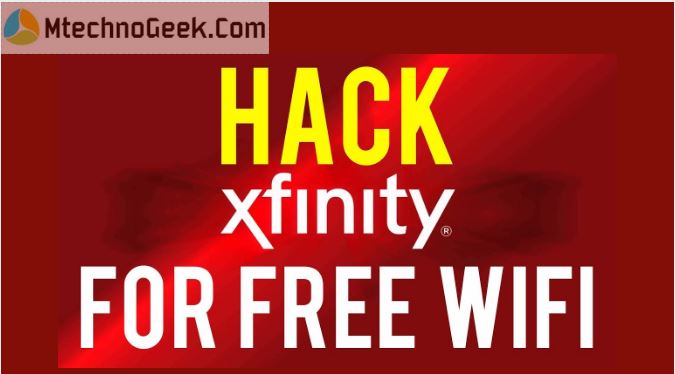 Your plan to hack Wi-Fi network including hack Xfinity WiFi is no doubt noble & I trust you :). So here’s how you do it.

How to Hack Wi-Fi Networks Available To You

Chances are that you have a Wi-Fi network at home, or live close to one (or more) WIFI networks. You possibly see pop up in a list whenever you boot up the laptop. The problem is if there’s a lock next to the name, that indicates security for the Wi-Fi network is turned on. Without the password or passphrase, you’re not going to get access to that network, or the Internet that goes with it. Hack Xfinity Wi-Fi Hack Xfinity Wi-Fi

Perhaps you forgot the password on your own network, or don’t have neighbors willing to share the WiFi goodness. You could just go to a café and buy a latte and use the “free” Wi-Fi there. Download an app for your phone like WiFi-Map, and you’ll have a list of over 2 million hotspots with free Wi-Fi for the taking (including some passwords for locked Wi-Fi connections if they’re shared by any of the app’s 7 million users). Hack Xfinity Wi-Fi

But there are other ways to get back on the wireless, though some of them require such extreme patience and waiting, that café idea is going to look pretty good.

Before you do this, just try to log into the router first. From there, you can easily reset your wireless password if you’ve forgotten it. (Hack Xfinity Wi-Fi)

The problem is when you don’t know the password for the router, either. (They’re not the same thing unless you set it up that way). Resetting the router is about as brute force a method as you get, and it only works if you have physical access to the router.

Almost every router in existence has a recessed reset button it. Push it with a pen or unfolded paperclip, hold it for about 10 seconds, and the router will change the factory settings. 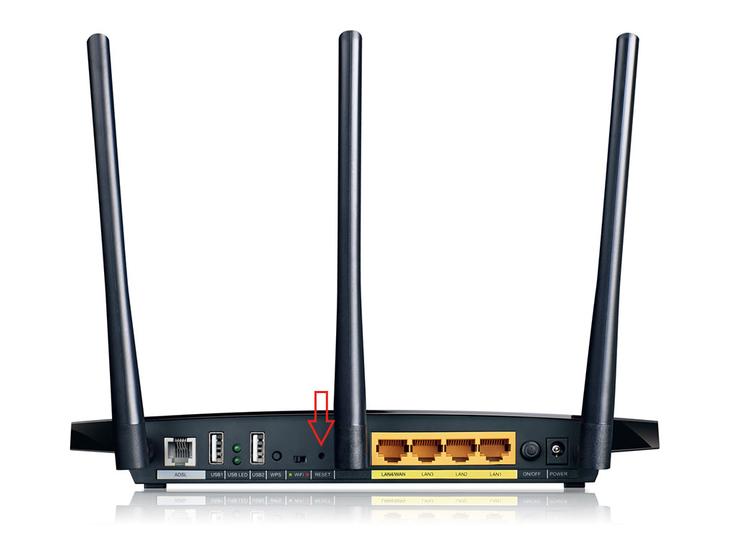 If you’ve got a router that came from your Internet service provider, check the stickers before a reset—they might have printed the router including Wi-Fi passwords (sometimes called the key) right on the hardware.

Once it’s reset, you need another password (plus a username) to access the router itself. Generally, you can do this in a Web browser of any PC attached to the router via Ethernet—you’ll need that since the reset probably killed any potential Wi-Fi connection you had going in.

The URL to type is either 192.168.1.1 or 192.168.0.1, or some variation. Once you’re asked for a username/password, what do you do? Check your manual. Which you probably lost or threw away. So instead, go to RouterPasswords.com. The site exists for one reason: to tell people the default username/password on just about every router ever created. 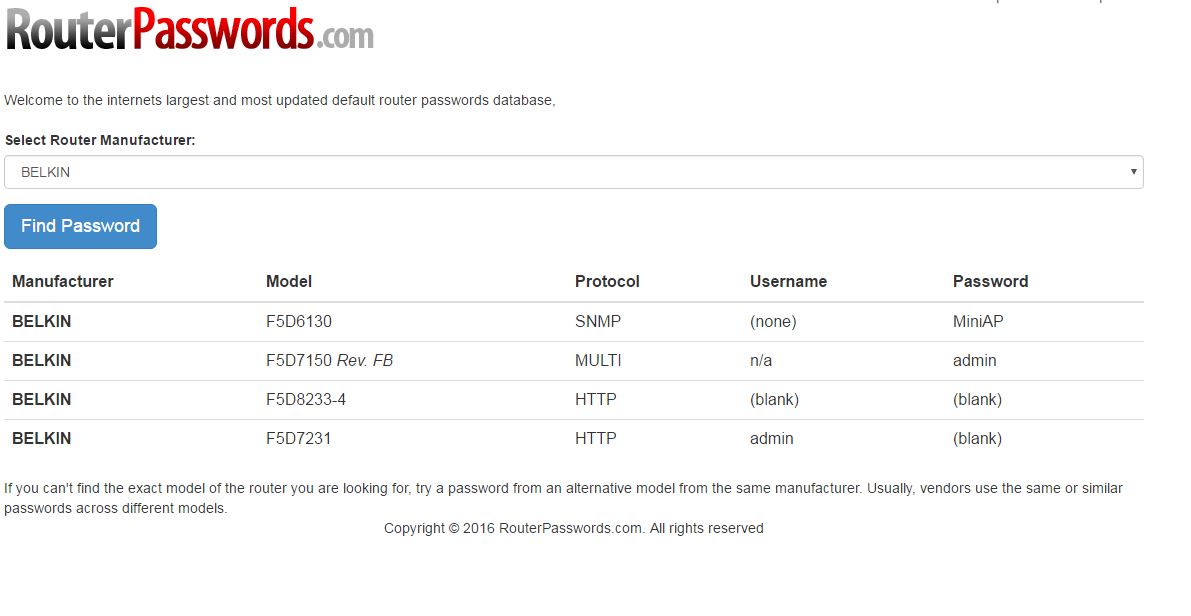 You’ll need the router’s model number, but that’s easy enough to find on the back or bottom. You’ll quickly see a pattern among router makers of having the username of admin and a password of password. Since most people are lazy and don’t change an assigned password, you could try it before hitting the reset button.

Once you’ve accessed the router interface, go to the Wi-Fi settings, turn on the wireless networks, and assign them strong but easy-to-recall passwords. After all, you don’t want to share with neighbors without your permission.

You didn’t come here because the headline said “reset the router,” though. You want to know how to hack Wi-Fi network password.

Searching on “Hack Wi-Fi Network or Hack Xfinity WiFi,” or other variations, nets you a lot of links—mostly for software on sites where the adware and bots and scams are flooding like snake oil. Download them at your own risk, for Windows PCs especially. Better to have a PC that you can afford to get effed up a bit if you go that route. I had multiple attempts with tools I found just get completely deleted by my antivirus before I could even try to run the EXE installation file.

Create a system just for this kind of thing, maybe dual-boot into a separate operating system that can do what’s called “penetration testing”—a form of offensive approach security, where you examine a network for any and all possible paths of the breach. Kali Linux is a Linux distribution built for just that purpose. You can run Kali Linux off a CD or USB key without even installing it to the hard drive. Another option is BackTrack Linux—they’re actually both from the same developers, but Kali is the “polished” version. Both are free and come with all the tools you’d need to crack a network.

What Else You Can Try To Hack WiFi Network

If you don’t want to install a whole OS, then you could try the two tried-and-true tools of Wi-Fi hackers.

Aircrack has been around for years, going back to when Wi-Fi security was only based on WEP (Wired Equivalent Privacy). WEP was weak even back in the day and was supplanted in 2004 by WPA (Wi-Fi Protected Access). The latest Aircrack-ng 1.2—labeled as a “set of tools for auditing wireless networks,” so it should be part of any network admin’s toolkit—will take on cracking WEP and WPA-PSK keys.

Aircrack-ng comes with full documentation, but it’s not going to be that simple. To crack a network you also need to have the right kind of Wi-Fi adapter on your computer, one that supports packet injection. You need to be comfortable with the command line (running things using CMD) and have a lot of patience. Your Wi-Fi adapter and Aircrack have to gather a lot of data to get anywhere close to decrypting the passkey on the network you’re targeting. It could take a while.

If you prefer a graphical user interface (GUI), there is KisMAC-ng, or there was. The website was not working as of the writing of this article. While KisMAC can crack some keys with the right adapter installed, it’s mainly known as a “sniffer” for seeking out Wi-Fi networks. It’s the kind of thing we don’t need much of these days since our phones and tablets do a pretty good job of showing us every since Wi-Fi signal in the air around us. Also on the Mac: Wi-Fi Crack. To use them or Aircrack-ng on the Mac, you need to install them using MacPorts, a tool for installing command-line products on the Mac. 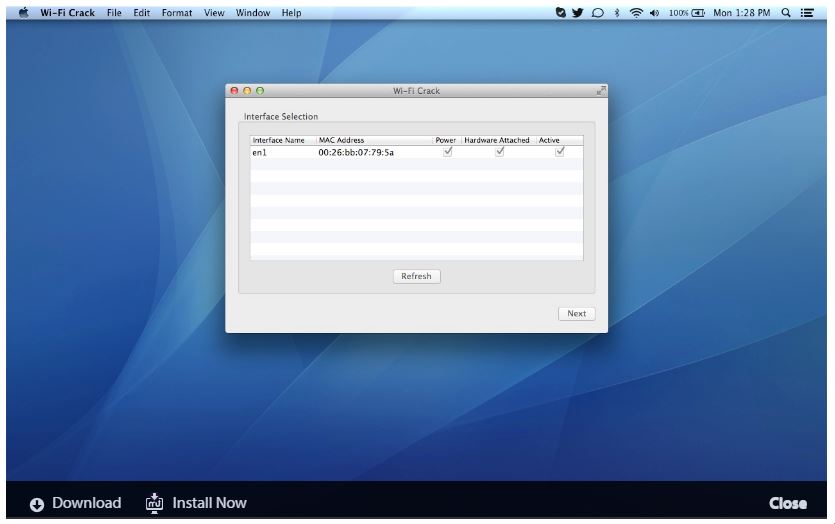 Cracking stronger WPA/WPA2 passwords and passphrases is the real trick these days. Reaver is the one tool that looks to be up to the task (and it’s part of the BackTrack Linux distro). You’ll need that command-line comfort again to work with it, After two to 10 hours of trying brute force attacks, Reaver should be able to reveal a password, but it’s only going to work if the router you’re going after has both a strong signal and WPS (Wi-Fi Protected Setup) turned on. WPS is the feature where you can push a button on the router, another button on a Wi-Fi device, and they find each other and link automagically, with a fully encrypted connection. It’s also the “hole” through which Reaver crawls. It can generally break the code in about 24 hours.

Even if you turn off WPS, sometimes it’s not completely off, but that’s your only recourse if you’re worried about hacks on your own router. Or, get a router that doesn’t support WPS.