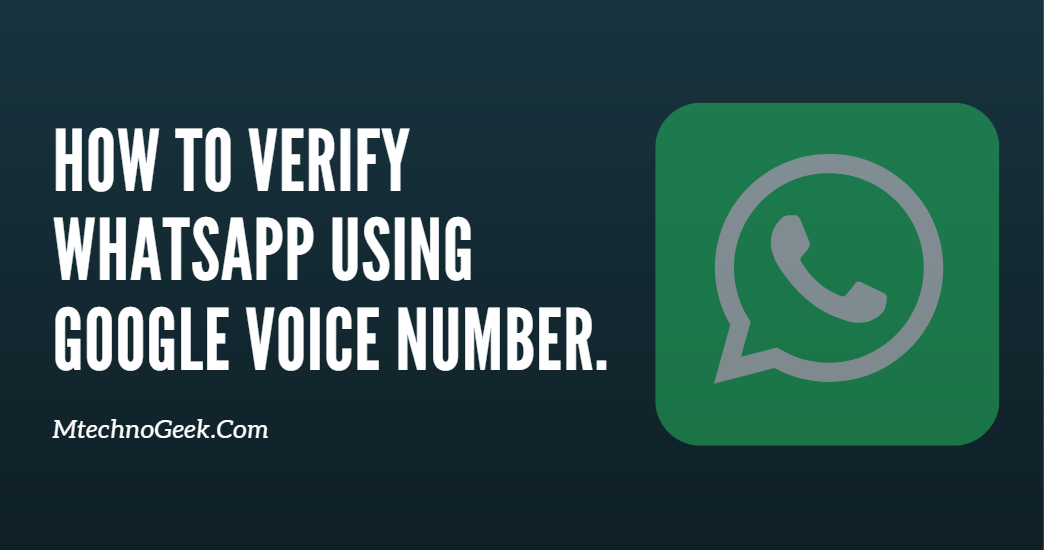 If you are wondering how? Then, I must say that it is possible to set up a Whatsapp account with a Google Voice (GV) number. This is due to the fact that a subset of Google Voice numbers establishes genuine valid cell phone numbers that are compatible with Whatsapp.
So, let go through the steps to achieve this –

When asked to select a phone number, try the available numbers provided by Google Voice in Whatsapp account one at a time–one may have to try as many as 100 or even more suggested numbers as well as different area codes

Once one has identified a phone number that Whatsapp accepts (without giving the error that it is an invalid number), select that number to complete Google Voice setup.

Check that the new Google Voice number is working by making outbound and inbound calls on other numbers.

On Whatsapp, plugin the new Google Voice number and wait to receive an SMS or a call verification

You can considerably reduce the search time for a Whatsapp-compatible Google Voice phone number by using below approach:

The above method worked for me in no time. In fact, I was able to identify not one but FOUR Whatsapp-compatible Google Voice phone numbers in less than an hour! To put the icing on the cake, the FOUR numbers only DIFFER in the last TWO digits–ie the first EIGHT digits are identical in all FOUR numbers!!

That makes it easy to remember. In mathematical terms, my FOUR Whatsapp-compatible Google Voice phone numbers have the following format:

Incredible! Is it not?

Of course, I signed up for all using my FOUR different Google Voice accounts. All FOUR are genuine cell phone numbers and all are compatible with Whatsapp.

The only downside is that I have not yet figured out how to use FOUR Whatsapp apps on my single device! So far, I have regular Whatsapp (Personal) and GBWhatsapp (Business) working side-by-side.

Learn More: How To Add one and more WhatsApp app on a single device using the same account?